Organisational issues A strong and united Swedish Trade Union Confederation (LO) is Susanna Gideonsson’s main goal as she now steps down as President of the Commercial Employees' Union and takes up the post of new LO President and leader of the 14 LO-affiliated national unions. 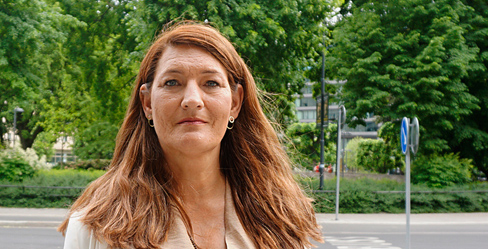 Susanna Gideonsson, congratulations on your job as LO’s new President! What do you see as your most important task as leader of LO’s 14 affiliated national unions?

“Most important just now is that we can gather together the great commitment that exists in the trade union movement in Sweden. Every national union has its special issues that they deal with best, but as regards the broader aspects of the Swedish labour market we must be united and move in the same direction.

Recently it has been shown clearly what power the trade unions have. When we decide together what we want to achieve we can move mountains and apply pressure on matters that are important to ordinary people and achieve real change.”

We have had a difficult spring, with many redundancies and short-term layoffs, companies have failed, and jobs have been lost. How will trade union work be affected going forward?

“One thing is that we have got many more trade union members. We also see that more people are getting involved in trade union work. There has been a lot to deal with at workplaces, which has created strong trade union commitment. At the same time we have seen the downside of the corona epidemic, where many people have been forced to leave their places of work. Some perhaps for ever.

Our experiences this spring have given strength to the unions. But we have a great task to explain what trade union membership entails. The trade union is not just an insurance company or some kind of workplace police. The trade union stands for so much more. Now it is up to us all to show that we are an organisation that gives strength, gives better conditions and that can achieve real change.”

Do you already know what issues you will focus on as LO President?

“First and foremost that we are to have a strong trade union movement, in the LO collective and in Sweden. There needs to be even more of us and we need to reach new groups that at present do not know that the trade union is for them. This is necessary so that we can meet the new challenges that the Swedish labour market is facing.

Second, we must ensure that the completely unjustified exploitation of people in precarious jobs is stopped. Both as regards staff agency and fixed term employment and all precarious forms of employment that come in the wake of the so-called gig economy.

We also need to work on equality and the widening divides in Sweden. The trade unions and LO are not political parties, but we have plenty of political demands. To create good conditions for our members, both at the workplace and in society. And one thing the corona crisis has taught us is that our society is fragile.

Welfare must be for everyone and equal for everyone and we need social security systems that provide backup in periods of life when for some reason you are not fully fit for work. For that there must be permanent changes to the unemployment insurance funds, better sickness insurance and more money for welfare. Quite simply a plan for equality so that we can respond to the crisis and ensure that people can live with dignity.”

In the autumn the deferred negotiations on employment protection await, and ultimately the threat of legislation. What do you say to those who maintain that the Swedish labour market model is out of date and that young people prefer a “flexible” working life rather than being “locked into” rigid forms of employment?

“I do not believe that at all. My experience is the opposite, that young people are absolutely against living with the insecurity it means to only know from day to day if they have work, where they are unable to plan their lives and never have any “days off”, just periods without work.

If politicians are allowed to take over we risk labour market legislation becoming a Ping-Pong issue, where the laws are changed based on which political majority that happens to hold power at the time.”

Full employment is one of LO’s most important goals, but now unemployment is increasing again. How should LO influence this?

“Job transition and skills development will be the key to meeting growing unemployment. LO must fight hard for this. It must be possible to transition from one job to another.

That is why it is important that we get politicians to pull out all the stops to get going with training, with job transition measures and with labour market policy that prevents unemployment from becoming entrenched. As many people as possible must get work, just as fast as possible.”

It is our duty to support the trade unions in Ukraine

Message of solidarity to Ukraine