Employment conditions The rights of workers are to be found in what is collectively called labour law. This is based on statutes, ordinances and regulations of various kinds. 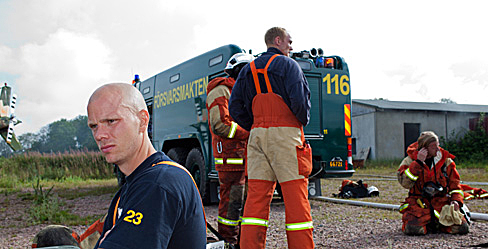 Labour legislation has primarily given workers the following: the right to participation in decision-making at the workplace, the right to holidays, shorter working hours, a better working environment and increased employment security.

The legislation on social insurance also contains important components for the protection of workers. This applies to such things as national health insurance, occupational injury insurance and national pension insurance.

A mandatory rule in labour law is the requirement that there must be objective grounds for termination of a permanent employment contract. Some other rules in labour law are optional, which means that it is possible to agree on a deviation from the law to the advantage of the individual worker through a collective agreement.

Swedish labour legislation as a whole is a comprehensive code of statutes and includes, inter alia, the Annual Leave Act, The Promotion of Employment Act, The Co-determination Act, The Work Environment Act and the Working Hours Act.

External link to the Government Offices of Sweden: