Globalisation must benefit everyone

Labour market Populism and nationalism emerge in the wake of globalisation. The next Swedish government must promote globalisation that benefits more people and strengthens the rights of workers. This is the view of the Swedish Trade Union Confederation (LO) and the Confederation of Professional Employees (TCO). 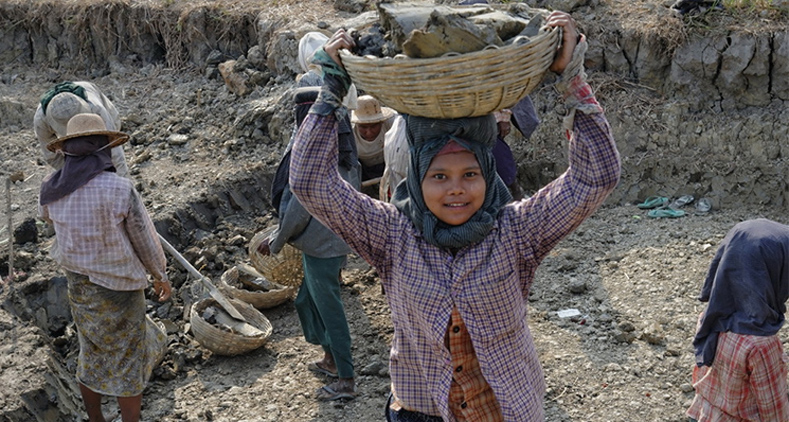 Ever since 2008, 7 October has been designated as the international day for human rights at work. Workers and employees all around the world gather to stand up for zero tolerance of violations of trade union rights and for economic equality. The scope for freedom of expression and democratic rights is shrinking in an increasing number of countries.

Openness towards the rest of the world, cross-border cooperation and trade generally lead to positive economic outcomes. This leads to increased welfare, development and more and better jobs. But we must also recognise the fact that profits are not shared by everyone. With the development of globalisation we also see the emergence of populism and nationalism. The international trade union movement therefore jointly calls for new rules that benefit more people. In a global perspective, income differences between men and women are gigantic.

Millions of people work under slave-like conditions at the same time as the right to form trade unions and strike is systematically blocked. Consequently, LO and TCO encourage and expect the coming Swedish government to continue to promote globalisation that benefits more people and strengthens workers’ rights. In recent years Sweden has been at the forefront in taking on the global challenges. Mainly by launching the Global Deal, a global initiative for better conditions in the labour market. At the end of September, the OECD and the ILO took over responsibility for the Global Deal. We see it as natural for Sweden to continue to act vigorously within the OECD to develop the initiative further. With more than ninety affiliated companies, trade unions and countries, Sweden has clearly shown its responsibility in  accepting the challenge of more economically sustainable development. We expect Sweden’s future government to continue to accept the challenge by developing and not discontinuing the Global Deal.

Convention against violence and sexual harassment

Together we demand that the next government supports a new international convention against violence and sexual harassment in working life. When #metoo exploded on the world like a bomb about a year ago, thousands of women bore witness to how they were systematically exposed to violence, abuse and sexual harassment. Not infrequently, the aggression proved to have been at or associated with women’s places of work. Negotiations were initiated this summer for a new international convention to strengthen protection of women against harassment. Along with the international trade union movement, we also demand a binding ILO convention against gender-based violence at work.

We also assume that Sweden’s next government and the Confederation of Swedish Enterprise will also wish to increase protection for women in working life globally, and will therefore support our demand for a convention. A new convention against gender-based violence at work would play an important role as there are countries today that entirely lack legislation in this area.

In countries like Sweden, current legislation would be supplemented for example by further preventive measures and requirements for more active efforts. It is of fundamental importance that globalisation is designed to benefit everyone. LO and TCO believe that countries like Sweden should take the lead in international work and demand new economic rules. We are prepared to contribute to the work of Sweden’s next government for sustainable economic development that respects human rights at work both in Sweden and globally.

Violence against women must stop

LO wants a fair transition, workers are not to pay the price

What has the EU done for workers (and what are trade unions doing in the EU)?

ILOs project for better working conditions in the Middle East